Can a notary issue an act in another language? 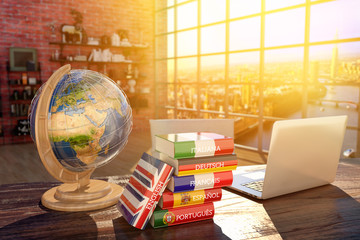 One question we are often asked by clients is

Can a notary in England and Wales issue documents directly in a foreign language?

The short answer is yes!

Notaries in England and Wales serve mostly to bridge the gap between this and foreign jurisdictions. This means that all notaries get training in international law and some speak foreign languages and are familiar with specific foreign legal systems.

Two notarial principles are relevant to acts drawn up in foreign language: a notary’s competence in the foreign language, and a notary’s duty to ensure any signatory to a document fully understands and appreciates the contents of a document, so that it accurately reflects that person’s will and intentions.

There is no obligation to issue acts in English, only an obligation that, if a notary does issue in a foreign language, he or she is sufficiently competent in that language to do so.

If a document is in a language you understand but the notary does not, the notary may still be able to certify your signature. However, it is likely that certification would be issued in English, and that you may have to demonstrate a basic translation and competency in that language to prove you understand the document. This is entirely at the discretion of the notary.

For certain documents, usually called public form documents, the notary narrates it and accepts responsibility for its contents and facts within it, as well as ensuring that any signatories also fully understand its contents and effects in the recipient country. Provided that the notary is sufficiently competent in that language, this act may be drawn up and executed solely in a foreign language.

Our notaries also have direct experience in many foreign civil jurisdictions and so can usually advise what would be most likely to be accepted abroad, as well as liaise directly with your counsel in their language.

Following notarial certification, most documents for use in foreign countries will require legalisation by apostille at the Foreign and Commonwealth Office, which we routinely obtain for our clients.

It is a common misconception that this legalisation will only be applied to documents issued in either English only or bilingual English – foreign language format. This is incorrect; it is the notary who is responsible for verifying the content of a document whereas an apostille only confirms the authenticity of the notary’s signature and seal in order for this to be valid in a foreign country.

Should you need a document issued in a foreign language, please get in touch, and we would be happy to assist.

get in touch
Tags:International Law